I was tagged to participate in this Writing Process Blog Hop and, while I’ve been slacking, I’m pulling my usual MO and doing it at the last second.  This super-cool idea originated with Maya Rock, but I’m given to understand it actually started before her, according to Maya herself.  Anyway, one of my best writing buddies, Hart Johnson AKA The Watery Tart, tagged me.

Hart and I have been friends for close to two years now.  I was invited by another friend to be part of their June WriMo, and I discovered Hart to be supportive, fun, and encouraging.  She and I often do “writing sprints” together, and I find that I can frequently write more when I have a partner writing along with me.  🙂  I have had the privilege of beta reading her serial A Shot in the Light, and I look forward to seeing more of her writing successes!

Now, I guess, it’s my turn to answer the writing process questions!

I am currently in the revision/editing process for my book Be Careful What You Wish For.  I need to finish it, though, because I am itching to start my next book, Finger Bang.  Yes, I’m really going to call it that.

2) How does my work differ from others of its genre?

I’m so glad you asked me that.  I don’t read many books inside my genre because I don’t want to sound like everyone else.  I’m told frequently by readers how I’m different.  I’ve been told my writing is gritty, raw, and real time and time again.  It’s this “realness” that either endears me to readers or makes them hate me for all time.  I sometimes do what’s unexpected as well, because I don’t want to be predictable.  One of my beta readers told me yesterday that she didn’t expect the ending of Be Careful, but she loved it just the same.  I don’t like formulas, either.  I’m a rebel and proud of it.  If you want cookie cutter, please look elsewhere.

Honestly, I don’t know.  I can’t stop writing.  I love to write.  I write what makes me feel something, because I want to share those emotions.

4) How does your writing process work?

I don’t question it.  🙂  Basically, I let an idea germinate in my head until it’s ripe and then I start writing (if I can—sometimes, I have to prolong it until life lets me—like now, for instance.  I can’t start my next project until I finish the one I’m working on).  I currently have two ideas ripe for the picking but one is screaming at me to write…and it still has to wait.  As far as the actual process, I sit down at my laptop, crank the music, and try to ignore Facebook.

Anyway, now I will introduce you to my writer friends who are joining me here.  I was supposed to tag three, but being the rebel that I am, I am naughtily disobeying the rules and including five authors! 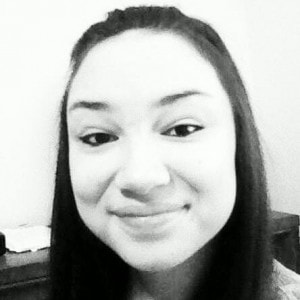 Ada Marie  was born and raised in the small town of  Newfield, NY.  At the age of fourteen her and her family reloacated to Lakeland, Florida, where graduated from the Alternative school, Pace Center for Girls. She discovered her talent, love and passion for love when she was just shy of the age of ten. It started off as poetry, but as the years progressed, she started short stories, and eventually it turned into novels. She considers writing to be the best part of who she is and there’s not a day that goes by that you won’t find her at her laptop. Her desire to create such a world of her own was brought on by all the books she read throughout the years.

Renee Dyer is a wife, mother and happy pet owner to a bubbly chocolate lab named Bruschi. She has just finished writing Waking Up, the first book in A Healing Hearts Novel Series.

When not writing she’s a true New Englander, screaming at her TV while the Pats play, snuggling under several blankets in the cold seasons (that’s most of them) while she reads, getting out as much as possible with her family while it’s warm. She recently found she’s an author stalker and loves book signings! Just ask Jade-she stalks **cough, coughs** supports her on a daily basis.

When Jo-Anna isn’t working her Monday-Friday 9-5 job, she’s spending her time reading, writing and with the love of her life.

She’s an all around Canadian girl. Born and raised in a small city.

If you don’t see Jo-Anna writing, you’ll find her with her nose in a book. Whether it’s her words or someone else’s, she’s drawn to it.

Jo-Anna loves stories with Alpha broken males and that need to be ripped apart and put back together again. Men that fall to their knees over a wink or a giggle from their females.

Two things you will never find Jo-Anna without: her cell phone and lip gloss. If she has both of those items, you have a happy girl.

Since starting her writing adventure in 2013, Jo-Anna has met many people, real life, online, in her head and she loves every single one of them. Without the support from others, none of this would be possible and she’s grateful for all that has been given to her.

Born and raised in New England, Christa is a married mother of three. She began writing her first book, Broken, in October 2012, as a love story to her husband, Frank. During the writing process, Christa managed to keep her book a secret from the majority of her family and friends, including her mother. She finally revealed that she had written a book on her personal Facebook page just two weeks before Broken was released.

Broken was released in February 2013, and within twenty-four hours of its release, it was on Amazon’s Movers and Shakers list as well as in the Top 20 Erotica.
Christa released her second novel, On the Ropes – Book One in the Down for the Count series, in February 2014. On the Ropes has also climbed the charts on Amazon, hitting the Top 10 Sports Fiction and the Top 20 Romance Sports Fiction lists. Book Two, Going the Distance, is slated to be released in the summer of 2014.
Christa also has several other novels in the works, with no release dates announced at this time.

Be sure to check these ladies’ blogs next week when they will tell you all about their writing process!