For the A-to-Z April Blogging Challenge, I am writing a story, aiming for at least 1000 words a day (Sundays off!).  This is part 2 in the beginnings of a story about Codie Snow.  I hope you enjoy, and please be sure to tune in tomorrow for the next part!  Remember, this is completely unrevised and (mostly) unedited and will likely change quite a bit before publication…but I thought you might enjoy a glimpse into my writing process.

NOTE: After finishing up my writing yesterday, I already know how I want to revise the beginnings of the story. I did what I have a tendency to do (and I think a lot of authors do)—I feel the need to pack all the backstory in the beginning instead of letting the action happen and filling in details later. So, when I revise, I’ll need to take a lot of that stuff out…and let it trickle out after the action that will be happening next. Action first; backstory later. A then B, right? 😉 Another quick note: I’ve never been on a ride-along and I’ve never been a cop…but I have a close friend who is (and I plan to pick his brain and ask him for real details—but I have to get the first draft out first). So, without further ado, here is today’s installment! 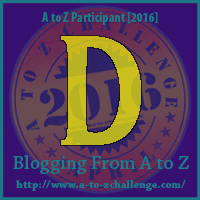 Codie saw Pete tune out. She’d been making a comment about McDonald’s being the busiest place in Dalton after eight o’clock, but she saw his eyes lose focus, and she knew it was due to the chatter coming out of the radio. “Eighteen?”

He picked up the small mike attached to the dash and held it up to his mouth. “Eighteen. Go ahead.”

“Report of a possible domestic violence situation. Suspect reported to have left the area. Victim in need of assistance.”

“On my way.” Pete looked over at Codie and she saw the glimmer in his eyes. It was unmistakable. “You buckled in?”

“Hang on.” Before she could even fully register what was happening, Pete had reversed the cruiser and was moving forward. It was in those few moments that Codie realized the speed and power of the unassuming vehicle she’d been riding in. In spite of the fact that she was securely fastened to the chair by way of a seatbelt, she could feel her ass sliding back and forth over the vinyl in the chair.

She supposed that was as exciting and dangerous as it got in Dalton, and he was a cop, so why not?

They were in front of 1752 in less than five minutes. One thing Codie could say—he hadn’t wasted any time, and it made her feel some comfort, knowing that he could make it halfway across town quickly. Pete made her believe that if she were truly in danger and needed the police, they’d be there in a flash.

Pete muttered something unintelligible into the radio and unbuckled his seatbelt. Codie followed suit but he said, “No, you stay here.”

She felt her brow furrow. She did not come on the ride-along just to score a free cup of coffee and a cherry pie. This—what was happening right now—was what she’d signed up for. “But this is the good part.”

Pete’s eyes grew dark. Codie could tell that even inside the cruiser. “This is the dangerous part, Codie. I can’t endanger you when there’s a potentially hostile situation. You can roll the window down if you want.”

“I said no.” And that was all there was to it. He was out of the car and striding up to the door before she could ask again.

Damn. He did have a nice ass.

She took a deep breath and shook her head. The radio continued to chatter with multiple voices and things Codie had no possible way of translating. She watched Pete knock on the door and a woman opened it, inviting him in.

See? No danger. That was all Codie needed to witness to encourage her to get out of the car and begin walking up to the front door herself. As she began traipsing up the sidewalk in the cool spring air, she could hear screeching inside the house.

That couldn’t be good.

She knew she should head back to the patrol car and wait it out for Pete, just like he’d ordered her to, but something he might not have known about her nowadays was that she had a hard time taking orders—even from a cop. So she took her time approaching the house. The windows at the front were open, so she could hear everything as she got closer, and it sounded like the woman inside had completely lost her shit, but Codie could also hear Pete’s voice, and it sounded like he was doing a fine job de-escalating her.

He was calmly threatening the woman, telling her if she didn’t cool it, he was going to cuff her and drag her in. And, oh, the sound of his voice. It was having an effect on Codie that she never would have expected.

But she got to the open front door. There was a closed screen door, but she could see and hear everything through it. Pete’s back was to the door so he couldn’t see her—and she knew better than to simply barge in—but she hung back and listened. Apparently, these two (Codie wasn’t sure if they were married or not) had been having a knockdown-drag-out fight and one of the kids had called it in. Both were denying injury or fear, but it was starting to sound to Codie like the woman was ready to beat her significant other’s skull in with a cast-iron skillet.

ENDING NOTE FOR THE DAY: I’m stopping here for the morning because I need to do more research and I have family members distracting me. One of the first things I’ll need to decide upon return is if Pete arrests either one or both of the partners… We’ll see what the story tells me to do!

NEXT: E is for EAGER